The Kitchener Horticultural Society traces its beginning to 1872 when Alexander Young, a school principal in the town of Berlin (now Kitchener), started a junior horticultural organization for his students. 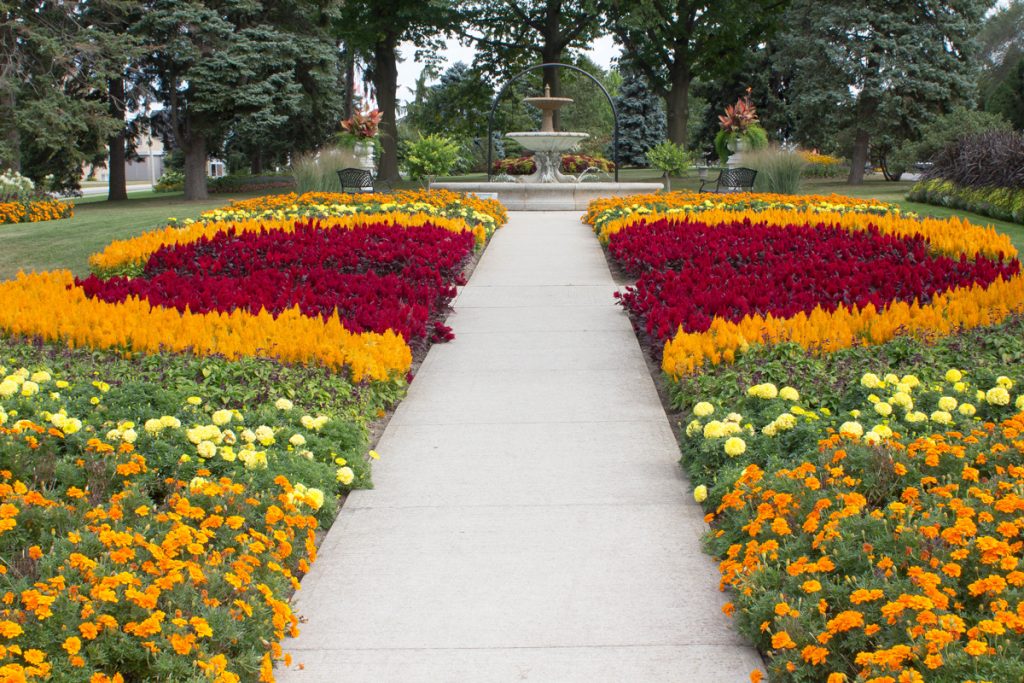 A few years later in the 1880s, John Motz, a publisher and sheriff, became the first president of a horticultural society of an adult group of citizens in Berlin. On December 12, 1910 the first meeting of the Berlin (Kitchener) Horticultural Society was formally organized under the provisions of the Horticultural Societies Act.

The “Golden Period” of the Society began in 1924 under the presidency of J. Albert Smith (alderman, mayor and MLA) and the vice-presidency of Charles H. Janzen. The Society adopted the slogan “Community Beauty a Civic Duty” submitted by E. F. Donohoe. 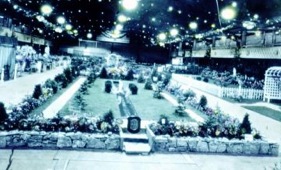 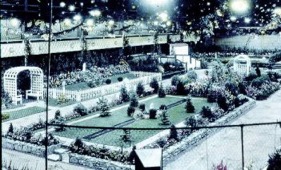 At this time, the Society was acclaimed nationally and internationally for its annual flower shows in the Kitchener Auditorium formerly located on Queen Street South. The Society’s float won first prize in the 1929 Flower Day Parade at the Toronto National Exhibition, which invited the Society to exhibit a formal garden in the Horticultural Building. 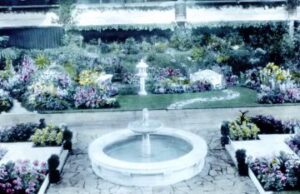 The Society’s major civic beautification program in the late 1920s coincided with the Kitchener Council’s plan to develop the King Street eastern entrance of the city into a commercial strip of billboards along with a service station. 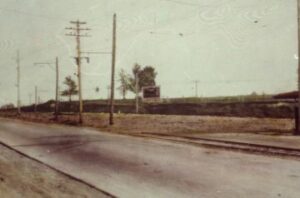 The City leased to the Society a strip of land between King Street East and the Grand River Railway tracks near the transit terminal at the site of the present day Rockway Seniors Recreation Centre, and, soon afterwards, granted additional leases to the Society for the adjoining, the city’s sewage treatment facility which would be relocated along the Grand River at Doon. 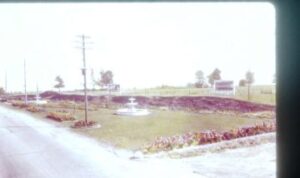 On this site was the beginning of a formal garden which became known for some time as the Janzen Horticultural Gardens with two fountains donated by the Janzen family in memory of Henry L. Janzen and his wife, Elizabeth. Henry Janzen was mayor of Berlin in 1890 and a founder of the Berlin (Kitchener) Horticultural Society in 1911. 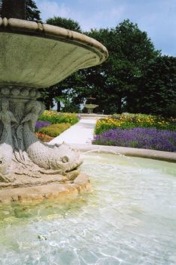 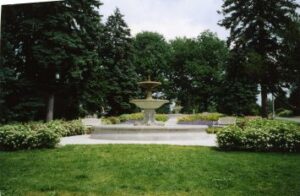 In 1933, the Society contracted W. J. Jarman, a Fellow of the Royal Horticultural Society of Great Britain and a notable English landscape architect, to design and direct the construction of the Rockery. Stone from the Rockton-Sheffield area was used in the construction of the rock garden. Plant materials including trees, shrubbery and evergreens were obtained locally. 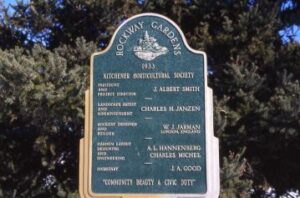 For the construction of the Rockery, local workers were plentiful due to the high rate of unemployment during the Great Depression. Many homeowners worked on the project several hours a week to offset property taxes, and in this way, were spared losing their homes. 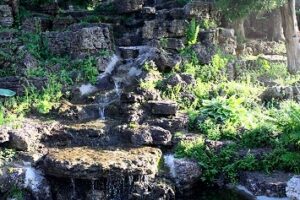 From the early 1930’s and into the 1960’s the Kitchener Horticultural Society, with the support of local citizens, service groups, and the Public Utilities, was involved in the beautification of public buildings such as schools, the post office, the P.U.C. terminal, and the Waterloo County Courthouse, creating seasonal colour along King Street, and illuminating Kitchener City Hall. 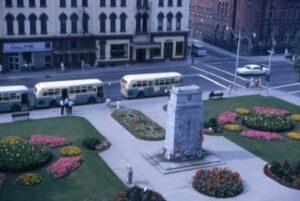 Dedicated in 1964, the Schneider Memorial Fountain was donated by family members in honour of the late John Metz Schneider, founder of the J. M. Schneider meat packing plant in Kitchener, and his wife, Helena. 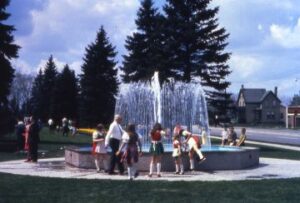 As a Canadian Centennial project in 1967, the Society erected flagstaffs for six flags which are flown year round. 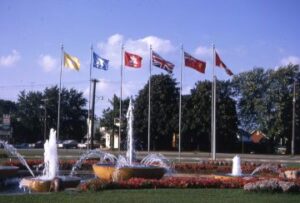 In 2005, Rockway Gardens added a pedestrian bridge spanning the central pond enhanced with attractive landscaping. The bridge project received a grant from the Kitchener-Waterloo Community Foundation and a generous donation from the Kitchener Lions Club. 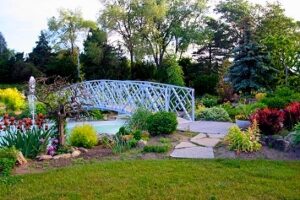 The citizens of Kitchener can be justly proud of Rockway Gardens, a visual delight for both local residents and visitors for over seven decades. 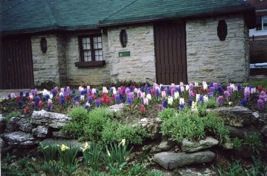 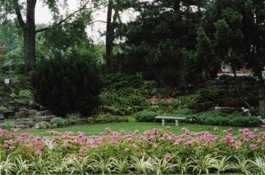 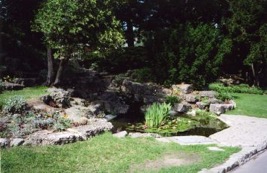 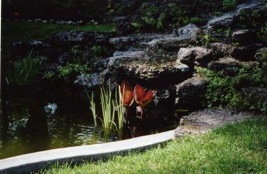 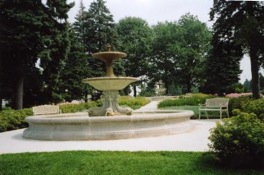 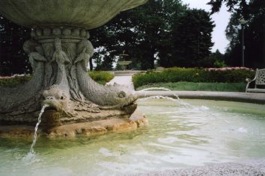