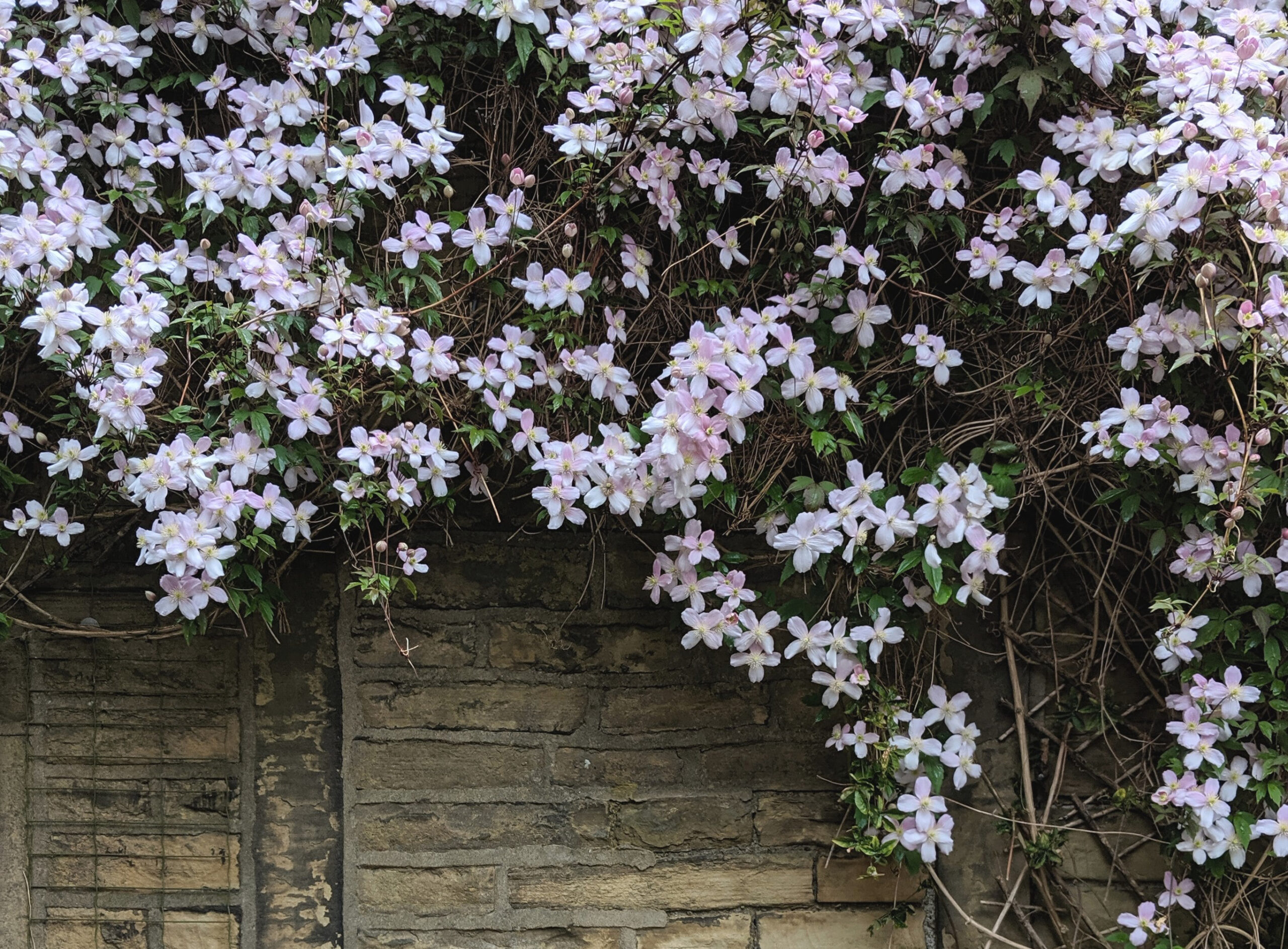 The other day, I was cleaning up the garden and the day’s project was to prune several Clematis. If you have some of your own, you know that there are three Groups (A – those flowering in early Spring on the previous season’s growth, B – those flowering on previous season’s growth and then again later in the season on current year’s growth, and C – those that produce flowers on current year’s growth each year). Some authors even refer to a fourth Group. In any case, each Group is supposed to be pruned differently.

Yes I know, all three Clematis belong to Group C and 30 inches is about where they should be pruned but I prune the terniflora much higher. If you are not sure whether you have a Group B or C Clematis, you will be OK if you prune 30 inches or higher.

Group A can be problematic though as it should be pruned after flowering in the Spring but no later than July as you want it to have enough new growth before Winter to flower again in the Spring. That may be where I went wrong with my C. macropetala and why I no longer have it.

by Bruce MacNeil, gardenKitchener Board Member
Originally published on May 16, 2011.
Garden Talk