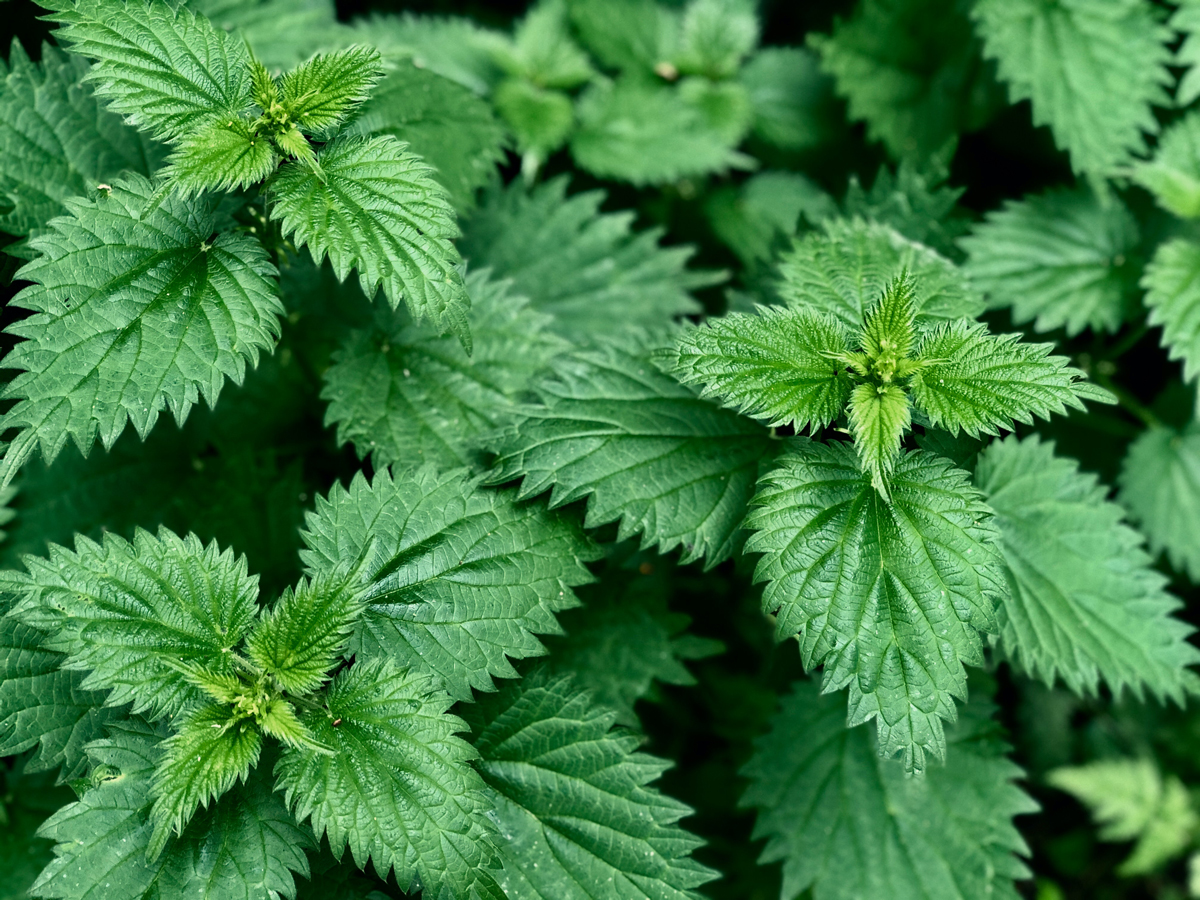 A number of years ago, the City decided to naturalize an area behind our house and ever since we have been introduced to weeds (flowers in the wrong space) that we had previously not seen.

I normally work in the garden without gloves and as I was pulling some weeds recently, I pulled a young piece of stinging nettle. I’ve done this on one occasion previously but it didn’t hurt as bad, but this time it was ‘Oh Boy’ (or some variation of this). I thought if I washed my hands that it would do the trick – no sirree. It still hurt something fierce. So I tried some Tea Tree Oil salve that we have and within a few minutes the stinging started to dissipate. Within a half hour the stinging was gone altogether.

If it had been later in the year, I would have used Jewelweed (Impatiens capensis) as the naturalized area has several stands of it but it is too early for me to be able to locate it. Jewelweed can also be used as a treatment for poison ivy and Mother Nature has done us a favour by having Jewelweed naturalize close to stands of Poison Ivy.

I suppose the moral of the story though is that there are times when you should wear gloves while working in the garden.